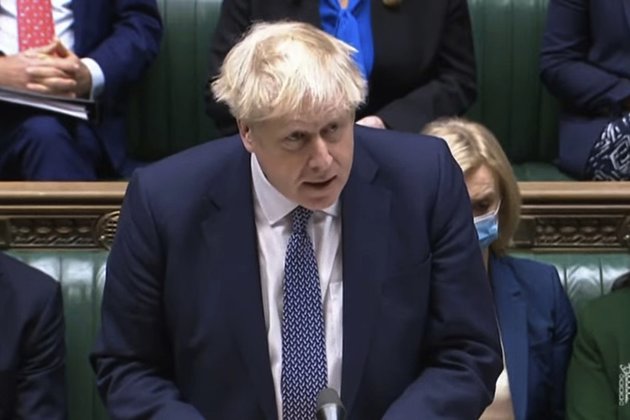 UK PM reportedly deciding which heads 'should roll? for him to survive lockdown parties scandal in a scheme dubbed ?Operation Save Big Dog?

UK Prime Minister Boris Johnson is working on a plan to help him survive as head of government following a probe into parties his office allegedly held in breach of Covid-19 rules, The Independent has reported.

The prime minister, who is reportedly personally involved in drawing up the plan, dubbed it "Operation Save Big Dog," the paper reported on Friday. The scheme allegedly involves a major "root and branch" government reshuffle, which was already flagged by other British media but also includes a list of other officials that should resign over what has since become known as 'Partygate'.

The list allegedly includes Dan Rosenfield, Johnson's chief of staff, and Martin Reynolds, his private secretary, among others. Downing Street also supposedly believes at least one senior political appointee and a senior official will have to go for Johnson himself to stay in power, according to two Whitehall sources cited by The Independent.

Such personnel decisions would be a "bare minimum to translate contrition into action," a former Tory cabinet minister told the paper. Letting heads roll is not the only way for Johnson to mitigate the fallout from an internal inquiry launched by senior civil servant Sue Gray in the wake of the scandal, however.

The 'Save Big Dog' plan would also see ministers supporting Johnson with public interviews praising his achievements and "difficult choices" made during the Covid-19 pandemic. The scheme also includes discovering how much support Johnson's potential rivals within the Tories could command among the backbenchers.

The list of leadership rivals includes Chancellor Rishi Sunak, Foreign Secretary Liz Truss, and even former health secretary Jeremy Hunt, The Independent reports, adding, however, that Hunt is unlikely to drum up enough support to win the race.

Although the paper reported that cabinet officials referred to the scheme by its 'Operation Save Big Dog' code name, Downing Street did not comment on the existence of the plan. "We absolutely do not recognize this phrase," a spokesperson told The Independent.

The news emerges amid a scandal prompted by media reports about Johnson's office holding a number of parties in April 2021. Held in breach of the nation's Covid-19 lockdown restrictions, the parties also occurred just one night before the funeral of the Queen's husband, Prince Philip.

Downing Street issued an apology to Buckingham Palace but it is unclear if it admitted that the gatherings were in breach of Covid-19 rules. An internal inquiry was launched into a number of the alleged parties. Police said they would wait for the internal inquiry results before deciding if they should open a criminal case as well.

PARIS, France: Two of the largest energy companies have announced that they are leaving Myanmar, citing human rights abuses and ...

MINNEAPOLIS, Minnesota: The city of Minneapolis and its mayor are being sued by restaurant and bar owners, in response to ...

U.S. unlikely to organize evacuations for Americans in Ukraine

US citizens in Ukraine advised to board commercial flights in case push comes to shove A spokesperson for the US ...

BEIJING, China: Slovenia's plans to upgrade relations with self-governing Taiwan have angered China, which accused Taiwan of ratcheting up diplomatic ... 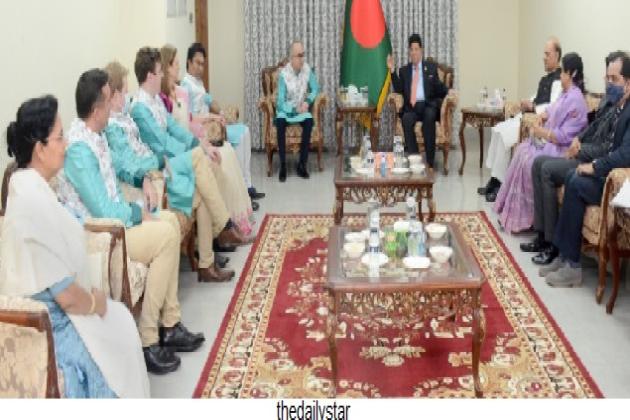 DHAKA, Bangladesh - A delegation of British MPs reaffirmed their cooperation with the Rohingyas and told them that they would ...

LONDON, England: Consumer prices in the UK have risen at their fastest rate in nearly 30 years, but experts warn ...

GLASGOW, Scotland: In a move that surprised the market and was welcomed by environmentalists, Scotland has awarded the rights for ...

LONDON, England: Oil giant British Petroleum (BP) has said that the use of its pulse electric vehicle chargers is "on ...

LONDON, England: In a statement on January 17, Amazon UK said it has canceled plans to stop accepting Visa credit ...