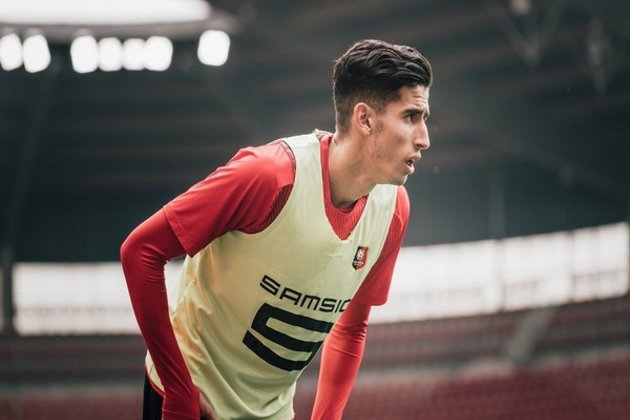 The 26-year-old joins the Hammers from French Ligue 1 club Rennes on a five-year contract and adds further quality and depth to David Moyes' squad. He will wear the No. 27 shirt.

Aguerd has enjoyed two impressive seasons with Rennes, enhancing the reputation he established at FUS Rabat, Dijon and with the Moroccan national team.

Now, the left-sided player will continue his career in the English Premier League, where his combination of talents will see him provide strong competition for Craig Dawson, Issa Diop, Angelo Ogbonna and Kurt Zouma.

"I was really excited when I heard about West Ham United's interest," said Aguerd, an impressive individual who speaks fluent French, English, Arabic and Spanish.

"When I heard about it, I knew I needed to go to the Premier League, because it's a dream for every player. West Ham is a historic Club. I saw a few of their games this year, and I saw the fans and the atmosphere were fantastic, with the bubbles!""I talked with the manager and he showed me that he was very interested, so it was easy to choose to come to West Ham."Aguerd was born in the city of Kenitra in the north of Morocco into a footballing family. His father played in the Moroccan top-flight, while his uncle Abdelmajid Bouyboud was capped 34 times and appeared at the 1994 FIFA World Cup finals - an achievement his nephew could emulate in Qatar later this year.

As a boy, Aguerd represented local club KAC of Kenitra before being scouted and recruited to the national Mohammed VI Football Academy in the capital city of Rabat, where he spent four years playing alongside the likes of Sevilla striker Youssef En-Nesyri.

In 2014, aged 18, he joined leading club Rabat FUS, making 12 appearances in his debut season and attracting the attention of a host of leading Spanish clubs.

After bulking up and working hard on his game, Aguerd then inspired FUS to their first-ever Moroccan Championship in May 2016, scoring a vital goal against Ittihad Tanger that all but clinched the title.

After scoring in the 2017 CAF Champions League and impressing regularly for FUS over the next two seasons, Aguerd joined French Ligue 1 club Dijon in 2018.

Two encouraging seasons for Les Rouges led to a transfer to Rennes, where he started the club's first-ever UEFA Champions League match at home to Russian side Krasnodar and featured in four of six group-stage fixtures in the autumn of 2020.

At international level, the defender was capped at U20 and U23 level before making his senior debut against Albania in August 2016. Two years later, he helped Morocco win the African Nations Championship on home turf.

He is now a regular in the Atlas Lions' starting XI with 25 senior caps and was an ever-present in Morocco's successful 2022 World Cup qualifying campaign and run to the 2021 CAF Africa Cup of Nations quarter-finals. (ANI)