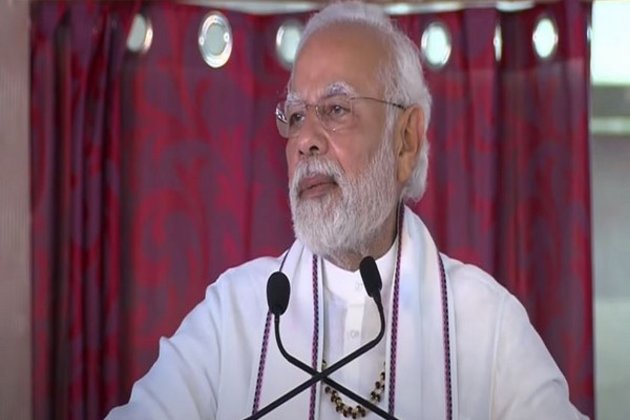 Addressing the gathering, the Prime Minister bowed to the goddess Chamundeshwari and expressed his gratitude to be present at the Mutt and among the saints. He paid homage to the spiritual tradition of the Sri Suttur Mutt. He expressed the hope that with the modern initiatives that are underway, the institution will give a new expansion to its pledges, according to a release by the Prime Minister's Office.

The Prime Minister said, as per scripture, there is nothing as noble as knowledge that is why our sages shaped our consciousness that is laced with knowledge and adorned with science, the one that grows by enlightenment and gets stronger by research.

"Time and epochs changed and India faced many storms. But, when the consciousness of India diminished, the saints and sages all over the country revived the soul of the country by churning the whole of India," the Prime Minister said.

The Prime Minister said that the existence of truth is not based on just research but on service and sacrifice. "Sri Suttur Mutt and JSS Maha Vidyapeeth are examples of this spirit that keeps service and sacrifice above even faith."Talking about the egalitarian and spiritual ethos of southern India, the Prime Minister said, "The energy given by Lord Basaveshwara to our society, the ideals of democracy, education and equality, are still in the foundation of India."PM Modi remembered the occasion when he dedicated the statue of Lord Basaveshwara in London and recalled saying that if we compare Magna Carta and teachings of Lord Basaveshwara we will find out about the vision of equal society centuries ago. This inspiration of selfless service, said the Prime Minister, is the foundation of our nation.

He remarked that this time period of 'Amrit Kaal' is a good occasion for Sabka Prayas in accordance with the teachings of the sages. For this there is a need to link our efforts with the national pledges, he said.

The Prime Minister highlighted the natural organic place of education in Indian society and said "Today, the example of 'National Education Policy' in the field of education is before us. With the ease that is part of the country's nature, our new generation should get an opportunity to move forward. For this, options are being given in local languages".

PM Modi said that it is the effort of the government that not even a single citizen remains unaware of the country's heritage. He underlined the role of the spiritual institutions in this campaign and campaigns like girl education, environment, water conservation and Swachh Bharat. He also emphasised the importance of natural farming. (ANI)