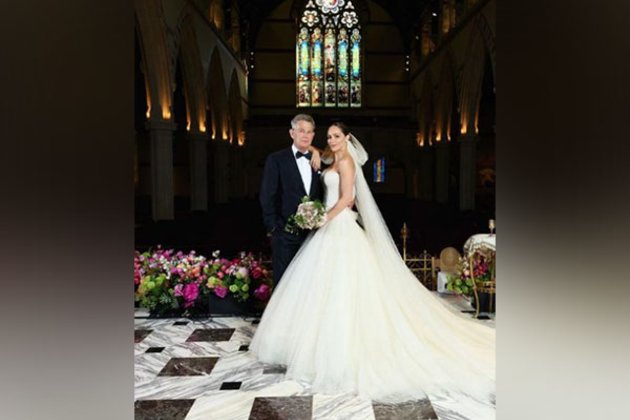 "Happy Father's to the man who loves me like I could have only dreamed ofwho made me complete in life by making me a mommy. I love our little family. I love our big family," captioned the 'American Idol' runner-up on Instagram, reported Page Six.

The first picture showed the family with McPhee, Foster and their 1-year-old baby boy, Rennie in one frame with Foster holding the infant Rennie in his arms while the toddler placed his tiny hand on a piano.

"You've only made bringing Rennie into the world an absolute joy for me. To many more adventures baby! I love you to the moon and back," concluded McPhee in her Instagram post, as reported by Page Six.

McPhee and Foster tied the knot at a church in London in June 2019. The couple first met in 2006 when McPhee was a contestant on the fifth season of "American Idol" and Foster was a mentor on the singing competition series. Foster proposed to McPhee in July 2017 with a huge emerald diamond ring while the couple was on vacation in Italy.

In an interview with People magazine, Foster said, "People always make the reference with Kat and I with the age difference, but I've always said there are so many things that can bring a marriage down, and the age difference is just one of them." (ANI)